Please don't leave Lynx out in the cold

Survey participants were asked to select their top 5 transportation priorities. The survey was conducted by Orange County to see where the public wants to spend money if voters in November approve a proposal to add 1-cent to the sales tax to pay for transportation improvements. 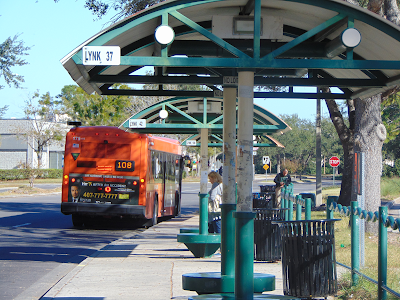 The good news is that “building a mass transit system (to include buses trains and other modes of transportation)” was ranked as the No. 1 priority.

That same priority list ranked improving Lynx service as No. 8.

County staff circulated the survey forms at a variety of meetings for months. The survey was widely publicized and could have been completed online.

While it was gratifying to see that the overall idea of improving mass transportation ranked No. 1, much of the attention seemed to be focused on the shiny new thing – SunRail. The Lynx bus is not sexy, but necessary.

SunRail tends to carry more affluent Monday to Friday, 9 to 5 workers. There are few suits and ties on Lynx, which operates nearly 18 hours daily, 365 days of the year.

Many Lynx riders do not earn enough money to buy or maintain a car. They endure hours on the bus to and from work. They typically wait 30 minutes to an hour for buses – sometimes without any protection from the sun and rain. Most change buses more than once to reach their destination.

Improving that service to make it more convenient and reduce travel time requires doubling the bus fleet from a little more than 300 to 600 or more buses; more staff; better designed routes, and the construction of express buses-only lanes on main thoroughfares.

While it’s disappointing that more Lynx riders didn’t participate in the survey it’s also understandable. Many riders work more than one job and crazy hours. They’ve also been ignored for so long that many may not think that their concerns count. Yet it’s important for riders to take every opportunity to make their voices heard.

We hope the county commissioners who will decide how money from a proposed transportation tax would be divided up understand that this survey is not a scientific poll.

We encourage commissioners to do their own research. Spend a few hours downtown at Lynx Central Station talking to riders and ride some buses (not for a photo opportunity, but for fact finding.)

Our community deserves a much better bus system than what we have today. 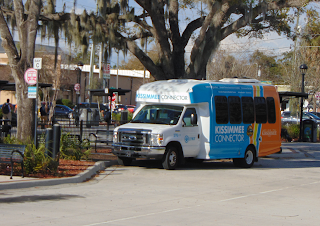 The Kissimmee Connector bus at the Kissimmee SunRail station needs some tweaks to succeed.
The Connector, launched in January, was designed to make it easier for people at the Kissimmee Intermodal Station – serving SunRail, Lynx, Greyhound, and Amtrak -- to reach the Osceola Courthouse and other destinations, such as the local hospitals.

The problem is that the Connector runs on a 30-minute schedule. It is not uncommon to see the Connector sitting empty at the intermodal station while the driver is waiting to leave on the schedule. People who want to use the Connector waste time sitting and waiting for the driver to start.
Instead of waiting, some people opt to walk, which defeats the purpose of launching this service. This is one of the reasons why the Connector sometimes runs empty, or with only one or two passengers.
The Connector would get more use if it ran on a non-stop loop, like the Lymmo buses in downtown Orlando.
In addition, merchants in Historic Downtown Kissimmee, have told us…
Read more

Want a fast ride to a Disney job on Lynx? 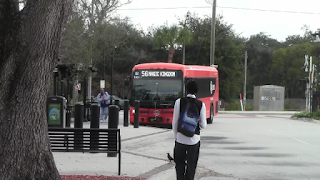 Our bad!
A few months ago, we suggested that SunRail’s Southern Extension into Osceola County would make it easy for people to reach Disney by taking the train to Kissimmee where riders could transfer to Lynx bus route 56.
Later we learned the bus ride from the Kissimmee Intermodal Station (used by SunRail and Lynx) to Disney could take an hour or more. In a car, that same ride would take 30 minutes give or take -- depending on the time of day and the traffic.
The Link 56 bus uses U.S. Highway 192 and makes stops so you can see why the trip takes so long.
It would be much quicker if Lynx ran an express bus straight from the Tupperware SunRail station down Osceola Parkway to Disney. That trip takes 20 minutes or less.
Lynx has said it has considered such a route, but that has not been included in the bus service changes that go into effect this month.
People need the bus service now, not some time in the future.
That’s why we’re asking people to CLICK HERE to sign a petition to launch a Lynx …
Read more